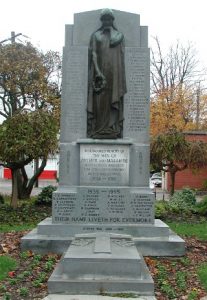 Harry Jamieson Hart– See Aylmer Express, Wed., Nov. 12, 2003, p. 5. “Profiles from the Past. A Canadian in the Great War. Harry Hart served as an officer in the Canadian army during the First Great War. On his return to Canada, he became a physician and practised in Aylmer.” (Photo of him in uniform)

Type any of the following names into the